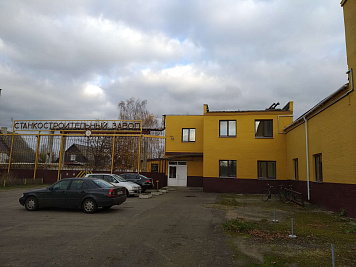 OJSC Molodechno Machine-Tool Plant is a Belarusian company with a half-century history, one of the few that have preserved and inherited the best traditions of Soviet machine-tool construction. OJSC Molodechno Machine Tool Plant, in rather difficult conditions, is trying to maintain its core specialization. The plant began its development on April 29, 1947, as a foundry-mechanical plant and was located in the building of the former teacher's seminary, producing simple products in the first years. Since 1957, the company has moved to the manufacture of more complex products: gearboxes for potato diggers, parts complexes for agricultural machines. Since January 1958, the plant began to be called the Molodechno Machine Tool Plant, having received the task to specialize in the production of drilling machines. Since 1961, duplex, three-spindle, and then universal vertical-drilling machines, special machines (balancing, center-cutting), nut-cutting and thread-cutting semiautomatic machines and automatic machines, CNC machines and others began to be mass-produced. In the 90s, production of equipment for car service and gearboxes for agricultural machinery was mastered.
In 2012, according to the Decree of the Council of Ministers of October 19, 2012 No. 948, OJSC Molodechno Machine Tool Plant became a part of the Bobruiskagromash holding.
The main activity at the present time of the Molodechno Machine Tool Plant is the production of gearboxes for agricultural machinery manufactured by the holding; metalworking machines and non-standard equipment.
The plant's products have established themselves as high-quality and reliable equipment, known in the CIS countries and in foreign countries.
Director - Gomon Sergey
Reception desk (+375-176) 52-75-60; tel./fax (+375-176) 52-75-54
Chief engineer tel. (0176) 52-75-56
Marketing and purchasing department (+375-176) 52-41-38; (+375-176) 52-75-58
Accounting department (+375-176) 52-41-37
e-mail: stanki@mcz.by; stanki.mcz@yandex.ru